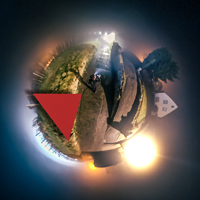 my name is Oliver Reuther. One may certainly make great street photos in New York, Paris, Tokyo and Berlin. But I live on the country­side of south­west germany in the Black Forest. Most of our streets here are country roads, in german: Landstraßen. So I call what I do: landstreet­photography – preferably at night and in color. 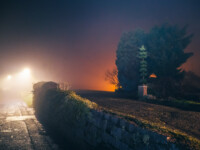 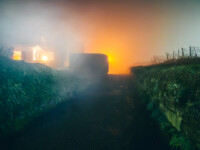 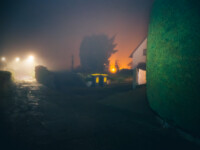 No Rules, No Dragons

You realize when you know how to think, it empowers you far beyond those who know only what to think.

I am a graduate engineer in audio-visual media (Stuttgart University of applied sciences) and I have been photo­graphing every­thing but food for over 35 years, without ever finding a rule that works more than 5 % of the time.

I am not interested in rules and conventions […] photography is not a sport. […] It is the result that counts, no matter how it was achieved. […] Photographers should follow their own judgment, and not the fads and dictates of others.

Photography for me is a way of perceiving the world and getting in touch with it. This becomes most clear to me when I photograph people. A good portrait is the result of successful communication between the people in front of and behind the camera.

Photography is a major force in explaining man to man.

As a rather introverted person, it is difficult for me to keep reaching out to the world completely without rules to hold on to. But the constant confrontation with this challenge has enriched my life. I pass on my enthusiasm for photography as a lecturer at the art school Offenburg.

I don’t think there’s any such thing as teaching people photography, other than influencing them a little. People have to be their own learners.

Ahjetztja! is my blog with nearly 2000 pictures from the last 30 years. 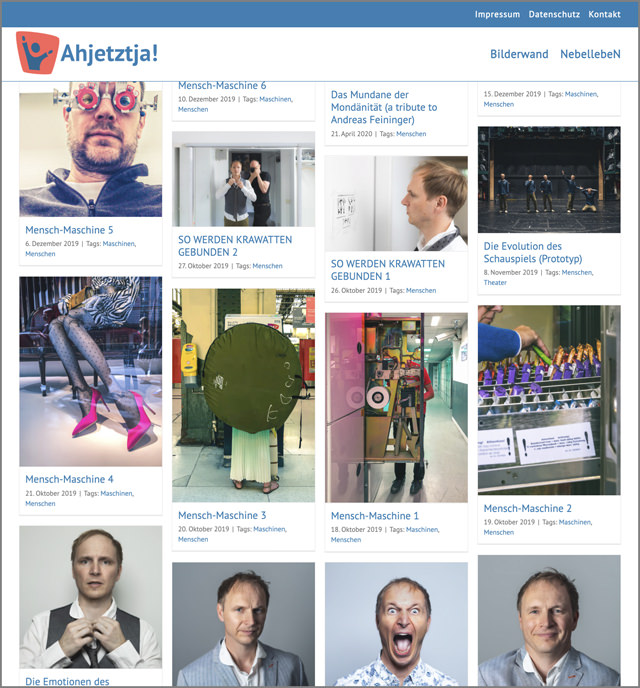 Whatever you do, the only secret is to believe in it and satisfy yourself. Don’t do it for anyone else.

gegendenuhrzeigersinn is the place for my more artistic work. 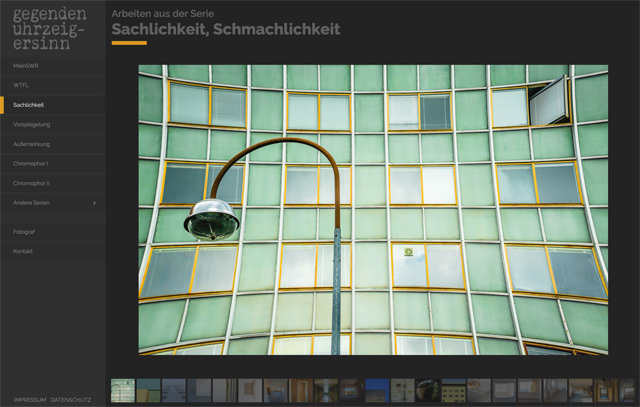 Creativity is allowing yourself to make mistakes. Art is knowing which ones to keep.